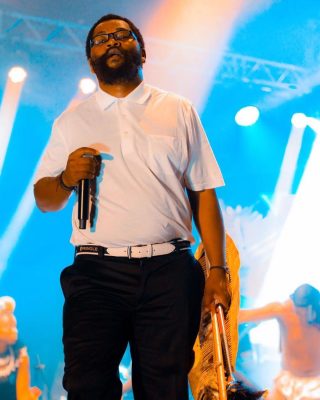 Sjava Expresses His Opinion On Lingeries

He just had to let people know that even if others find it sexy and hot, he doesn’t, not even for one moment. This revelation took a lot of fans by surprise because everyone finds lingerie attractive.

Okay, maybe not everyone but it sure doesn’t need to have a hater. Women wear it to look sexy for their man and to attract attention and it’s a better fit. It makes a great beachwear too.

Anyway, Sjava says he finds it annoying. It makes him furious. He sees no reason why women wear it and he wouldn’t even blink at the sight of a woman wearing it.

A lot fans tried to convince him that a lingerie is nothing to be angry at but he remained adamant.

“Why are you even putting on clothes when going to bed?” he answered.

A fan asked “So you prefer a petticoat?” to which he responded: “now you’re talking.”

Another asked: “So it makes you angry?” to which he responded: “Very angry.”

Well, now we know what his views about lingeries are and we hope that women who may be interested in him can see this as an “expo”. Goodluck to them.