Home » News » Cassper Nyovest: His Music and His Impact 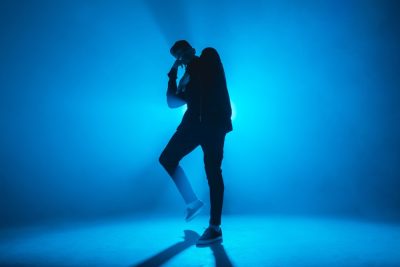 About Cassper Nyovest Music and Impact

Refiloe Maele Phoolo, popularly known as Cassper Nyovest, was born in the Mafikeng village of Montshiwa on December 16, 1990. He has always been interested in music which has helped him communicate his message across the globe. He is now regarded as one of South Africa’s most successful musicians.

Aside from being a great musician, he is also known as a boxer and a gamer. With his impact, Bitcasino.io teams up with Cassper Nyovest as they see him as an ideal ambassador for their brand. By having him on their side, players have learned to further appreciate his music as they play their favorite games.

Cassper Nyovest has produced a lot of amazing songs throughout the years. For those who haven’t heard any of his tracks before, here are three of his best tracks:

This 2015 song which was heavily influenced by kwaito was an instant hit when it was released. Although the song does not have a music video, a lot of listeners found the lyrics to be interesting. Although a part of the song somehow makes fun of South African rapper AKA, listeners can’t help but admire Cassper Nyovest’s arrangements in this song.

428 to LA demonstrates the rapper’s flawless delivery of words. The song was first released on the platinum version of Nyovest’s debut album, but it was not until his second album, ‘Refiloe,’ that it became widely known. As it was shot in New York City and Los Angeles, the music video for 428 to LA has left a lot of his fans in awe for how realistic it seemed.

This song is nothing like what music listeners generally expect when hip-hop and old-school music are mixed together. This song demonstrates Cassper Nyovest’s openness to experiment with diverse genres that complement his hip-hop heritage.

With his popularity and a great reputation as an artist, several brands have topped him up to be their ambassador. Here are some of them:

Ever since Cassper Nyovest had dreams of being featured in a men’s fitness magazine. When Nike learned about this, they reached out to him and gave him some workout equipment. Aside from that, he was also sent to several countries to be able to take part in marathons.

Bitcasino also saw Cassper Nyovest because of his massive influence on the African hip-hop scene. After knowing that he is also a gamer, Bitcasino.io teams up with Cassper Nyovest to be one of their global ambassadors alongside other icons such as King Kaka and Tekno Miles.

These are just some facts that people would have to know about Cassper Nyovest and his amazing contributions to the music industry. By knowing more about him and seeing what makes him a worthy role model, people can be more curious about what he has in store for his fans!