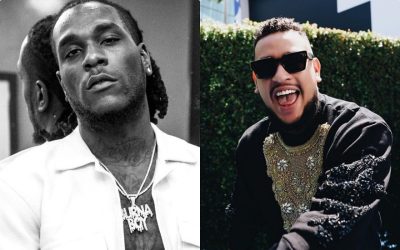 Recall that some days ago, AKA said he respects Burna Boy and this is coming after almost 2 years of not speaking to each other because of the Xenophobic attack on Nigerians in South Africa.

After that, a lot of artistes and concerned Nigerians lent their voices to the attacks, condemning it, but somehow, AKA and Burna Boy got into a war of words.

After the DSTV Delicious Show in South Africa in which Burna Boy blew everyone away with his “Odogwu” performance, fans asked AKA and Burna Boy to thrash their beef and make music together.

AKA had to clear the air about the whole issue, saying Burna Boy is like a brother to him and now, he’s saying that he doesn’t have to be besties to be a fan of the singer.

He also revealed in an interview with SAHipHopMag that he was angry about the entire issue because people painted his country black.

“It was never about anything personal, I just don’t like people talking sh*t about my country,” he said. “It’s that simple you know, people were talking about there is a genocide in South Africa, the likes of Tiwa Savage and people talking about, they’re killing our people, it was bullsh*t, it was cap,”

AKA further revealed that they are not on talking terms but he is a fan of Burna Boy.

“We hadn’t spoken in a bit before that either, but you know this thing of like artists have to be like best friends is very weird to me,” he said. “We don’t have to be besties, congratulations, wish him all the best, Grammy winner, amazing, love his music, that’s cool man. I’m just a fan of Burna Boy, I might not be fam of him right now, but at least I can still be a fan, its cool,” he added.