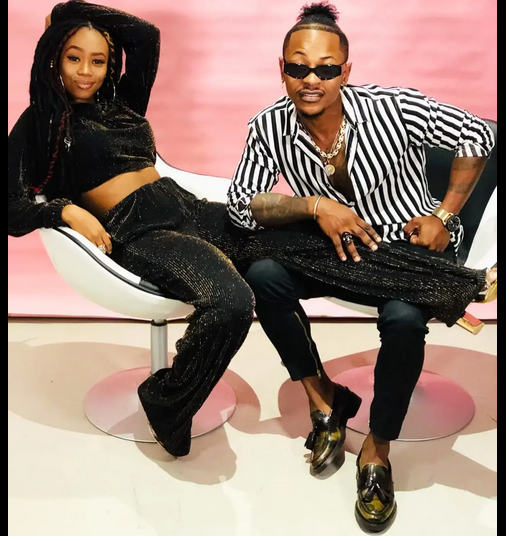 Fans React As Troll Calls Priddy Ugly A Struggling Rapper: South African rapper, Priddy Ugly has got a herd of fans defending him after a troll tagged him as a “struggling rapper”.

The rapper was probably somewhere chilling and minding his business when a hungry gossip monger published a picture of his wife, Bontle Modiselle, her daughter, and LootLove Luthando; with the caption “Struggling rapper’s wife Bontle Modiselle with Reason’s ex-girlfriend and baby mama Lootlove photographed by Austin Malema.”

South Africans on Twitter called out the poster for the caption, which they saw as cyberbullying. Many came out to commend the rapper’s work over the years, especially as his marriage and work attitude has been free from scandal.

In the midst of all these, Priddy and his wife have made no comments about the disrespect.

I hate it when people disrespect Priddy Ugly like this ☹️ https://t.co/PLlvCjcsIn

Where do people get the idea that Priddy Ugly is struggling? I mean even if he was, is it something to bully him about?

Priddy Ugly hated & disrespected on these streets only because he's not typical. A respectful young black man who loves his wife and is a present father. He's also not lacking in the bars department. A dope rapper. Good looking too. https://t.co/6ME7Z8HDQG

One thing Priddy Ugly I'll always applaud him for, is the way he treats her Queen Bontle. No one talks about that, but he were to start abusing her, y'all would be on the Twitter street tweeting, Men Are Trash. Futsek Musa, masimba akho. https://t.co/Gs2FM3uaHN

Priddy Ugly like Uncle Waffles and Blxckie they never bother no body and but yall are out here bashing him. He takes his own life next and then we come back to say "oh, how great a father he was to his child".. ingase siyeke ubazizrhama ezi insesitive for once. pic.twitter.com/ROtvEBrDPZ