Home » News » What are the Most Popular Casinos in South Africa? 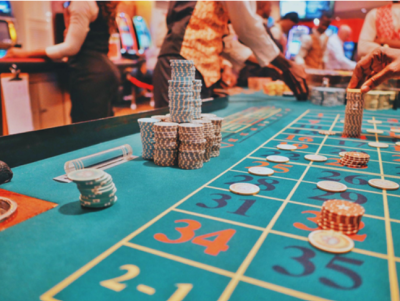 What are the Most Popular Casinos in South Africa

What are the Most Popular Casinos in South Africa: Throughout history, people have been discovering new and more interesting ways to gamble. Once upon a time, it was done on the streets and alleys, among friends and neighbors. Soon, however, the gambling den came about and around the 1600s the den was supplemented by the casino. Today, the new form of wagering is the online casino, and especially crypto-based online casinos have been gaining traction.

However, as big and as popular as crypto-based online casinos are, there are still people who would prefer to spend their days face-to-face with their gambling rivals, in the splendorous and extravagant casinos, sipping cocktails and taking in the atmosphere of the casino. For those people, we are going to take a look at the most popular casinos in South Africa.

Sun City is located near Johannesburg, between the Elands River and the Pilanesberg mountains. The complex is comprised of multiple resorts with their own individual themes, the most popular of which is the Sun City Resort. The Sun City Resort has been active for quite a while, first being opened in the late 1970s.

Throughout its long history, it has drawn some of the biggest acts in modern pop culture, most notably, rock legends, Queen. The Sun City complex, without a doubt, is one of the most popular and best-regarded luxury and casino resorts in the entire country of South Africa.

The casinos of the resort feature all of the classic games which have become staples of the gambling world, including blackjack, roulette, poker, and, of course, slots. Apart from the casinos, the resort also offers some of the finest restaurants and coffee shops, as well as luxurious spas, and even a high spec gym for people looking to get a good workout.

The Montecasino is modeled on Italian villages, and its numerous coffee shops and restaurants serve some wonderful Italian recipes that will make visitors feel like they are in the Italian countryside. The resort has won numerous awards, and it just may be the most decorated casino in the whole of South Africa.

The Emperors Palace, situated in Kempton Park, is truly fit to carry the name, as it is one of the finest casinos in the entire country, as well as one of the best on the entire African continent. Often nicknamed the Palace of Dreams, the resort features a truly magnificent and extravagant casino, with all the classic games, four hotels, luxurious beauty, and health spas.

Apart from the casinos and spas, the Emperors Palace features numerous other venues for entertainment, including the grandiose Theatre of Marcellus. Named for the Roman general, the theatre is truly a marvel to behold, with both local and international acts making the stage of the theatre theirs. Apart from the Marcellus, the Emperors Palace is home to another theatre, as well as some of the best bars and beautiful walkways in the city.

The Emperors Palace has seen no complaints from the thousands who pass through its gates annually.