Emtee Speaks About Mental Health: With a lot of artistes and celebrities beginning to go public about their battle with mental health, it is no longer a taboo to speak of such.

Mental health is a really big deal and a lot of people are beginning to understand the gravity of the situation. One constant mental health advocate is South African rapper, Emtee.

He took to his twitter handle to air his mind about mental health and directed his speech at the men folk, urging them to not keep silent about their challenges.

He implied that speaking about it was okay and there was no reason to hide it or try to man up. While a lot of fans agreed with him, some others attacked him, saying he was trying to play the victim as always.

Emtee further responded, saying that each time he spoke up, people would accuse him of trying play the victim and that wasn’t okay at all.

Anyway, whether the audience listens to his advice or not, he did give his own opinion and in all truth, people ought to listen at least. 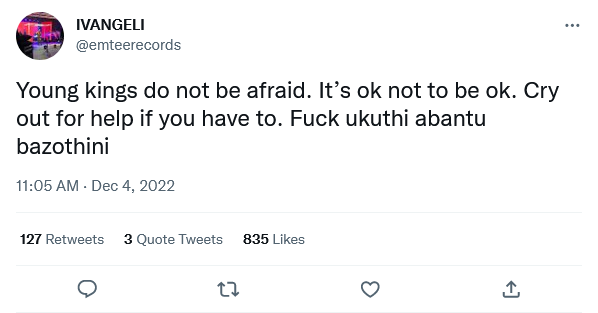 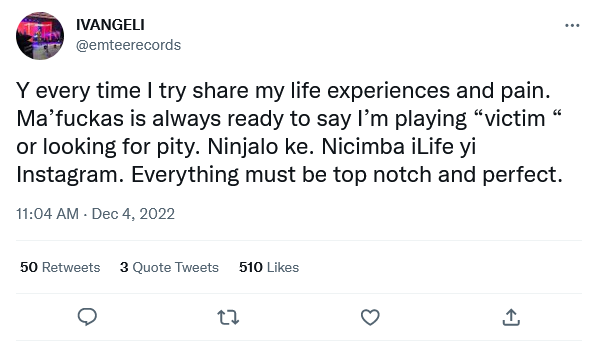