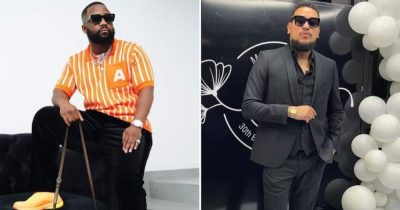 Recall that some days ago, AKA performed at an event where Cassper Nyovest was, and he dissed the rapper to his face, without fear. He even urged him to stand up and take it like a man if he could.

For a lot of people, AKA showed them that he has the balls and was willing to go to any length, but Cassper would have none of it. He met AKA after the performance, and they had a war of words before some security details intervened.

Cassper Nyovest further went online to call out AKA, claiming that he should have used all that diss energy in the ring with him and not run like a scared girl.

He said AKA started this whole thing, and he should show up in the ring if he really wanted to get down with him.