Home » News » K.O Celebrates 17 Years Of Being In The Music Game 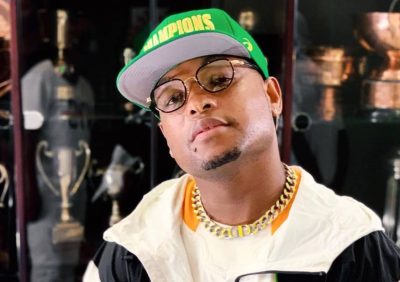 K.O Celebrates 17 Years Of Being In The Music Game

K.O Celebrates 17 Years Of Being In The Music Game: Talented and versatile South African music maker, K.O is celebrating 17 years of being active in the SA music Industry.

17 years is approximately 2 decades and that’s how long K.O has been serving music and doing fans good. While we can’t speak for some other artistes that started with him, K.O has outlasted a lot of them.

He was formerly part of a hip hop collective which was called Teargas. He went solo when the group split and linked up with another pal to form Cashtime Life.

That union didn’t last long and K.O moved on again with a new initiative called Skhanda Wordldm which is both a record label and a fashion line.

He had to throw a party to celebrate how far he’s come in the industry and it was graced by some well known celebrities. K.O shared clips of the event online.

Wassup OnLifers…We got invited last night to celebrate @MrCashtime’s 17 Years in the game and many contributions to the industry.

Here is how it all went down. pic.twitter.com/Mz5Je8fV3g