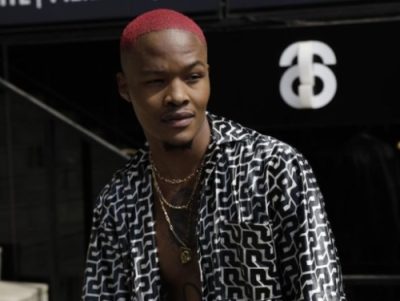 A few weeks ago, the rapper announced ending his music career and he promises to pay everyone he owes. This news came as a shock, especially to those who weren’t thinking such a day would come.

Well, it did come and Zingah says he’s done. He said the death of Riky brought a different perspective to his thinking and how he figured mental health was more important.

According to TshishaLIVE, Zingah claims Riky’s death hit him hard, knowing that he took his life.

“It is clear that it is a very unhealthy space on so many levels. Losing my friend gave me a very different perspective. There’s so much more to life than we are subjected to. The Riky situation definitely hit hard … seeing him do that made me realize that the dream we think we want actually just doesn’t matter. Real-life is more important, your mental health is important” he said.

The rapper further reminisced on how he took a break after he was rumored to have fallen; he said he took a break off music back then, but he enjoyed the time off as he was himself.

Zingah says he’s interested in starting an acting career, which has been something he’s passionate about; however, till then, he wishes to just enjoy being himself.