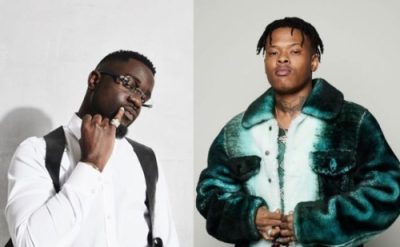 Sarkodie Responds To Nasty C: After much said and done, Ghanaian rapper, Sarkodie has finally responded to Nasty C’s single.

Nasty C mentioned Sark in the new rap single, indicating his own flaws and ego issues some years back when he met Sark. According to the lyric, he met the rapper who refused to shake him and hurt his ego.

He said he held the grudge for a long time and turned down his feature advances but he knows better now and has learned from his mistakes.

Sarkodie has definitely heard the rap because the rapper took his time to respond to Nasty with his own bang out lyrics which is not called for in all honesty.

“I heard the young champ is hurt I’m sorry. But anytime you meet the highest, all you need is just a marker to grab an autograph and get the fvck out. I ain’t got to shake your hand so you can walk out. And so you know, it’s not me you fighting. It’s your own ego and a couple of things you’ve got to sort out. See I ain’t got pride to reach out to nobody. I love that Nigga, your ego is so baggy. I never reached out hommie but I know what you doing. Such smart ass touching the god is part of the plan. That shit is still old but still work. This is like Jay Z responding to Lil Durk,” Sarkodie rapped.

“When I first met Sarkodie, he wouldn’t shake my hand, I’m not too proud to say I’m still a fan, But I held a grudge and told myself to wait till I’m the man. I’ll never give that man a verse… 2 requests over the years and I declined them both,”.

You can check them out for yourself and be the judge.