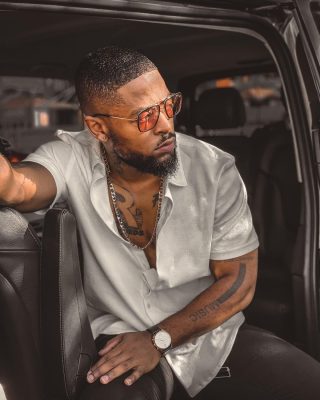 Prince Kaybee’s Cryptic Post On Instagram: Everyone has been playing safe and alertness is one a whole new and different level following the death of Riky Rick.

Since his death, a lot of people have become aware of the dangers of cryptic posts, calls, messages and the likes from celebrities and also fans too.

It would seem that a lot of things are going on behind the smiles and beautiful pictures on social media and as such everyone has to be careful.

Prince Kaybee is one of such to look out for. Earlier, he left Twitter, giving no explanations whatsoever and fans have raised one eyebrow at his actions.

Now, Prince Kaybee has made a post saying that if people didn’t hear from him, they should know that he is with his family. While some people agreed with him that spending some quality family time was classic, others couldn’t help but notice how his post sounded.

“Our days are numbered, if you don’t hear from me lately know that I’m with my family, there’s a limited time” he wrote.
Should we be worried about Prince Kaybee next?