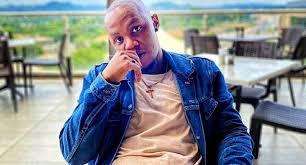 PdotO Reveals His Intention To Release A New Album This Year

PdotO Reveals His Intention To Release A New Album This Year: South African cherished rapper, PdotO begins the year by dropping a hint on the release of a new album which he tagged “Best Album Of The Year”. Since the release of the collaborative album with DJ Switch titled “Like Waters“, back in October 2021, PdotO has been working on new music from which this album would emerge.

Lovers of hip hop music know well to expect a good jam from PdotO as he considers himself to be the best rapper in the country and especially after this bold proclamation which he took to express publicly on his Twitter wall. He wrote; “I will have the Best album this year. Amen.”

Following this tweet, it appears there are other rappers who have the same plans of releasing brand new albums this year. A few of these rappers came forward with responses to reveal their plans for a new album after seeing the tweet.

Responding to PdotO’s tweet, Blakez got out to reply “We’ll See”, a hint that he is working in the direction of releasing a new album. Jay Jody also joined in the conversation with the response “We’ll see x 2”.

South African Hip Hop fans are definitely in for an exciting musical year this time.

I will have the Best album this year . Amen