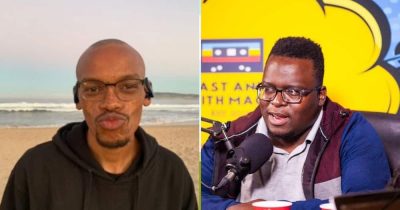 NOTA & Sol Phenduka In Silent War: It would seem that South African controversial critic, Nota Baloyi is at it again and this time with Sol Phenduka.

Nota has no doubt been in the news non-stop for weeks now, and maybe he seems to like the attention, we can’t tell, but he’s back again.

This time, he is in a rut with Sol Phenduka who was with MacG in his podcast before he left to work at Kaya FM. Although, this move for Sol brought lots of talks and one of the people that attacked him verbally was Nota. Nota made it known that it was a wrong move and described Sol Phendukas as a sellout.

Sol thought it’s better to respond to all that during an interview appearance on the Nkulukeko n Culture Podcast. He fired several shots at Nota. He claimed to know a lot about Nota’s personal life but that he wouldn’t share it. Not only that, but he also made it known that Nota had lost his respect.

Nota took to Twitter, describing all Sol Phenduka said during the interview as nothing more than an affirmation of his (NOTA’s) physical and intellectual superiority. He also referenced Sol Phenduka being abused at work (by) and being jealous of MacG as his boss. 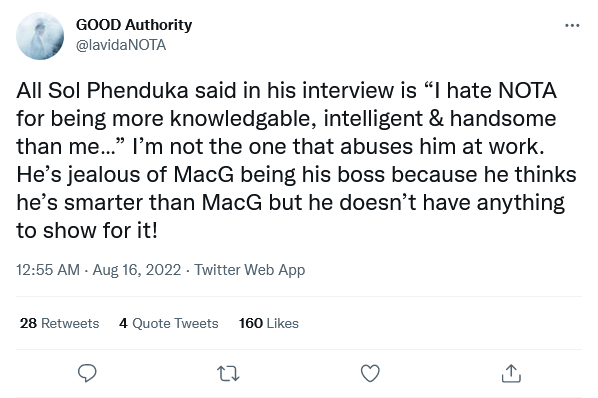 HE’S THE DEFINITION OF A LOW VALUE MALE… https://t.co/7RtsKwebEQ