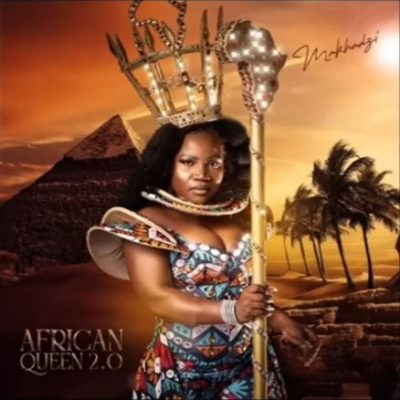 Makhadzi African Queen 2.0 Album: This article provides you with every detail you need to know about the “African Queen 2.0” project by the South African songstress and music queen, Makhadzi.

For a while now, the cherished and endowed female SA musician has been talking about the incoming project in a bid to keep fans anticipating for the project which she says will drive everyone crazy from the day it would be released and throughout the festive period.

Before now, it was believed that the project would drop on the 4th of November 2022, but actually we received just but a track titled “Milandu Bhe” off the package which according to the female artist is one the songs from the music project.

Makhadzi recently announced that the album is 100% ready which will boost the hope of fans receiving the project soonest this month because her fans believe there is no December without Makhadzi.

In one of her latest Instagram posts with which she announced the new single of the project, she reveals the official release date of the album which is slated to drop 11th day of November 2022 as she urge her fans and all music lovers worldwide to put on their dancing shoes as they wait for the music project.

Although neither the official Tracklist is yet known/seen nor the number of tracks on the package revealed but we have not forgotten the the first edition of “African Queen” released September 2021 housed a total of twenty one tracks; maybe this one will house less number of tracks or more or maybe the same number of tracks.

Nevertheless, we don’t expect the album not to be better than its first edition and we have promised to keep you updated as more events about the album unfolds and remember to be on daily basis as we will make sure you get the full album once it has officially released.

As we all await the official release of this project, let us keep grooving to Makhadzi Milandu Bhe Song and lots of other amazing songs on Sa-music Music Library.