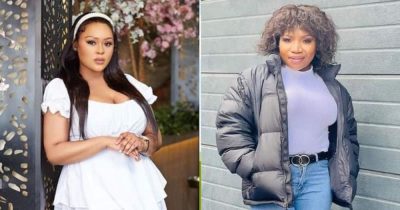 Inno Morolong & Makhadzi In War Of Words: It would seem that the war between social media influencer/host, Inno Morolong and Singer, Makhadzi is just kicking off.

The two have been at each other’s throats and it’s not stopping anytime soon. Inno accused Makhadzi of still holding back the payment for the show she didn’t perform at but was booked for. She claims that Makhadzi is yet to refund the money. The singer on the other hand is claiming that no such payment was made.

This has erupted into a big war of words on social media between the two and this fight is getting dirty. Makhadzi and Inno’s fight then steered into their DMs where they lashed out at themselves without remorse. Inno had implied in her messages that Makhadzi was hustling her life away and people are making money off her. Inno said she has a much better life than that as a host.

While Makhadzi insists that she made more money than her, Inno felt the need to remind her that she doesn’t jump on stage like a headless chicken like Makhadzi.

Inno Morolong called Makhadzi out for not refunding the Dundee July event organizers after failing to show up for her scheduled performance. pic.twitter.com/4UbExb8eWP 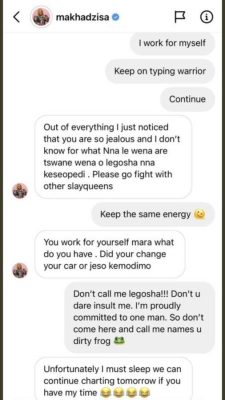 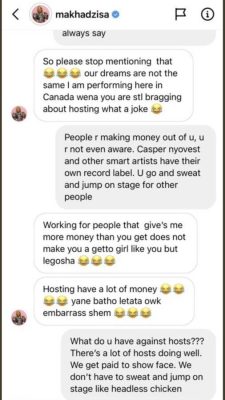 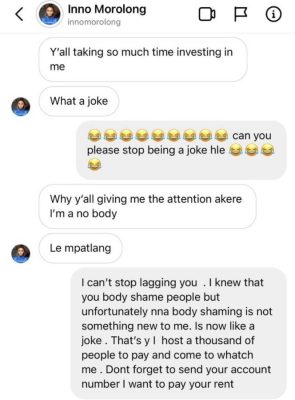 Inno Morolong details what started her feud with Makhadzi

A lot of fans are already picking sides. While some peeps supported Makhadzi, some sided with Inno. Hopefully, it all ends soon.