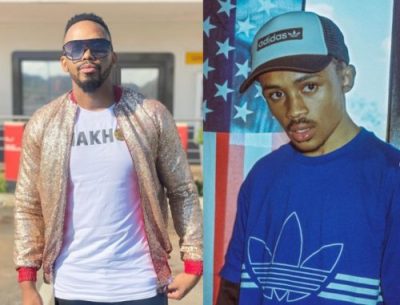 Some person posted a merged picture of the two music acts on Twitter with a caption that says: “South African singer, Donald is the biological father of rapper, The Big Hash. Small World!”

Donald reposted the claim and mocked it, saying people are just whyling. He didn’t even seem to be too moved to care about the gossips because anyone could’ve started it, even someone bored.

“SA hip hop is always whyling, which one is this one now?” he tweeted.

Fans also commented, while some were on his side, speaking for him and against the baseless accusations that were flying around and could affect one’s career, others simply pointed out how similar the two acts looked.

SA hip hop is always whyling, which one is this one now? 😂😂😂😂😂😂😂😂😂😂 pic.twitter.com/bOOcSVHYwf