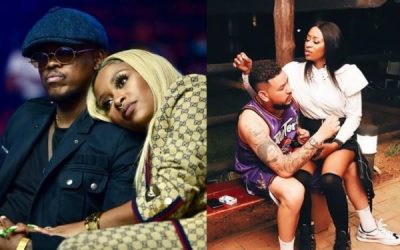 DJ Zinhle Speaks On Being Judged: It is no news that South African female disk jockey and Entrepreneur, DJ Zinhle has two daughters for different men.

She dated rapper, AKA and had a daughter named Kairo with him, but sadly, their relationship crashed and she moved on to dated Murdah Bongz with whom she had another daughter named Asante.

She has also indicated that she has no plans to marry but it would seem that she later changed her mind about that because she is living in conjugal bliss with Murdah currently.

Although, she said that she is aware of how society looks at her and judges her for having kids with different men, she doesn’t care about that because she isn’t the first woman to do it, nor would she be the last.

We wish her a happy married home indeed.