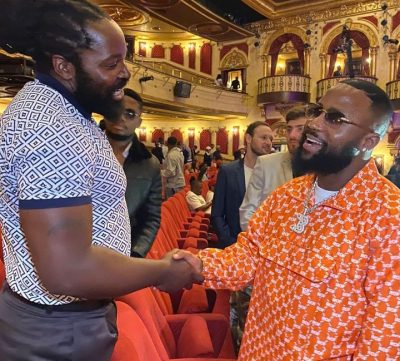 The two men have been raging war verbally online for a couple of months now, with a boxing match ahead of them, both men have been training day and night.

Cassper Nyovest has had a few boxing victories to his name and riding on his recent victory over Priddy Ugly, he is optimistic that he would win Big Zulu in no time.

Big Zulu on the other hand is of the opinion that he only needs one round to knock Cassper off his feet and vows that the only people that would be able to access him would be the medical team.

“‘I do not have too many words for this ‘boy,’ I am a man enough, so to speak, a lot like a ‘woman’ is not my thing. All that is left for Cassper Nyovest to do is to set up a date and stop talking non-stop on Twitter. He just needs to give me a date, and that will be all. And then I will be able to beat him up and leave it at that because I will definitely defeat him in the first round.” Big Zulu said.

He continued, “If it happens we go to the second round, then he would have won. First round will be all I need; we won’t even need to judges to adjudicate. It will be a knockout and only doctors will be able to assess him.”

Now, the two men have decided to meet face to face. They met up at the SA Hip Hop Awards and they shook hands. Although they haven’t fixed a date yet, we can be rest assured that they will soon enough.