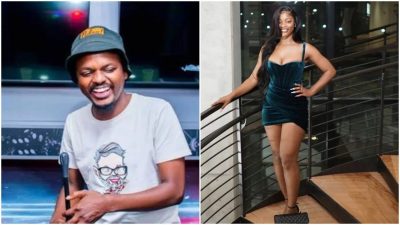 Ari Lennox Clashes With MacG Over Sexual Question On His Podcast

Ari Lennox Clashes With MacG On His Podcast: Well known South African podcaster, MacG, The host of the controversial “Podcast and Chill” is in a war with Americans and Mzansi over a retort on his show with Ari Lennox.

Although MacG has the habit of stirring controversies with his podcast and his questions. This time, it broke the horse’s back and the chariot.

The American singer and songwriter, Ari Lennox, was his most recent guest. She was online for his show, possible due to distance and the likes. The two talked about different things, eventually boiling it down to her single “Pussy Pop”.

MacG felt so comfortable with the interview so far, or maybe he wanted to push his luck, who knows but he made the bold move to ask Ari if she had anyone f**cking her good right now.

Word is, Ari didn’t see that one coming. She carefully maneuvered her way around it but this would not go down well with Americans who thought it was so disrespectful to ask a question like that. Here’s what MaCG asked:

“And where are we at right now? Is someone fucking you good right now?”

Decipher for yourself if he was wrong or right.

This is the same Ari Lennox that MacG should be cancelled for because he asked her about sex and it was lyrics to her own song.

We regret to inform u that we will continue to love & support our brother MacG with all our hearts and souls.

Before you come at us please sort out your dirty laundry first. Plz listen to your Charlamagne. 👇#arilennox #macg | American twitter pic.twitter.com/xdYtIaE9D7

Ari has made it known that her stand remains in the violation of her privacy and as much as different retorts and opinions are flying about online, referring back to her song lyrics as the inspiration to the question MacG asked, she has made it a point to note that she wouldn’t be granting any interviews or visiting South Africa any time soon.