Home » News » AKA Sings Cassper Nyovest’s Song At A Show 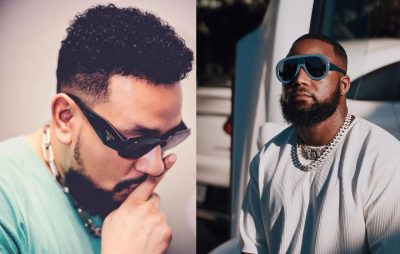 AKA Sings Cassper Nyovest’s Song At A Show

The rapper sang the verse word for word as seen in the video which surfaced on social media. Right before rapping the verse, he urged people to capture the moment and save it.

The video has caught lots of attention, as many assumed that AKA has probably ended his long time beef with Mufasa, as he looked happy rapping the verse. It was something we though we’d never see.

A lot of fans congratulated him for ended the beef while other simply thought he was just vibing to the single and it meant no harm.

However, fans also brought up video when Cassper Nyovest was caught grooving to AKA’s Fela In Versace song. They said it was just a publicity stunt and these two weren’t actually beefing.