Home » News » AKA Reacts To Being Kissed By A Man 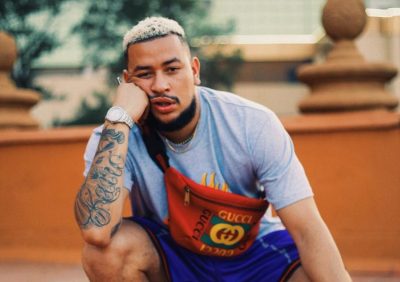 AKA Reacts To Being Kissed By A Man

AKA Reacts To Being Kissed: Talented and versatile South African rapper, AKA was kissed by a man at the Spring Jump Off backstage.

The rapper has been going to shows and performing at gigs, but he sure didn’t expect the experience he got backstage at the Spring Jump Off.

In the video which surfaced on Twitter, the rapper was greeting people and reaching out, but got the unexpected after a man greeted, hugged, and crowned his greeting with a kiss.

AKA immediately pushed the man off gently, he had to set a boundary between them. The man claimed it was an Italian style of greeting and there was nothing to it.

The video has garnered lots of views and comments with people talking about AKA’s reaction to the kiss. We can understand that this is Africa and whether the kiss was Italian doesn’t matter. A lot of men would have reacted the same way or violently.

Watch video and reactions below:

AKA at the Spring Jump Off backstage. pic.twitter.com/92fClDcua4

AKA at the Spring Jump Off backstage. pic.twitter.com/92fClDcua4