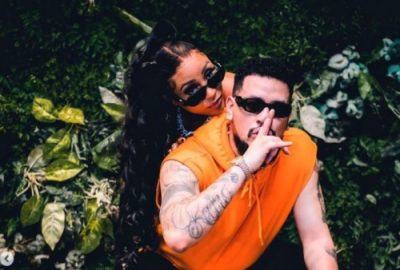 AKA & Nadia Nakai Release Joint Statement: After the rumors that there was supposedly trouble in Paradise, AKA and his girlfriend, Nadia Nakai have released an official statement in this regard.

The two traveled to Ghana last week, and it was rumored that the rappers had broken up, it was also alleged that AKA may have assaulted Nadia.

Nadia Nakai dismissed the reports saying it was just an argument and nothing more. The couple later shared an official statement to put an end to all rumors.

“We have received your inquiries relating to our trip to Accra (Ghana) this past weekend. What was a fun and beautiful working trip where we both had separate work engagements is now being turned into a public smear campaign. What we took to be light interaction with industry peers and associates has now been twisted by outsiders.

“Just to clear the air there was no physical nor verbal altercation between us. We are fine and there’s no drama between us. we are basking in our individual successes from this amazing trip”.