Home » News » AKA Gets Robbed At A Show In Malawi 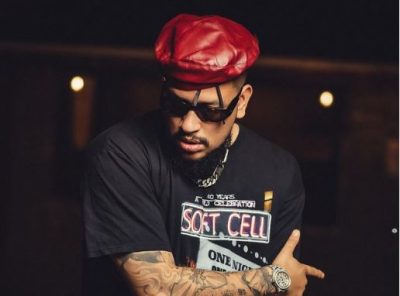 AKA Gets Robbed At A Show In Malawi

AKA Gets Robbed At A Show In Malawi: South African rapper, AKA has once again experienced another hideous robbing while crowd-surfing in Malawi.

While most celebrities got themselves drenched with fun in Sun City over the weekend, Supa Mega performed at a social weekend event organized by the Malawi University of Business and Applied Science (MUBAS) in Blantyre.

Unknown to him, history would repeat itself and it sure did. In a viral video which surfaced online, AKA jumped into the crowd as he did one time but even as they caught him, they tried stealing valuable items from him.

It took the help of Security officials helped in rescuing him but one of his footwear was missing upon stepping on the stage. Reacting to the theft, he removed the other leg of his sneakers and threw it into the crowd.

This isn’t funny to say the least as it goes to show the type of people claiming to be his fans. Hopefully, AKA learns from this.