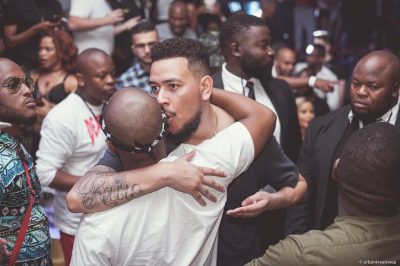 AKA & Cassper Nyovest Settle Their Differences At The Celebrity Games

The two played quite well together at an organized celebrity game of football. They were hitting high fives and celebrating together. Big Zulu managed a match involving the different music genres in the South African music industry. The rappers were available to play Hip Hop with Cassper Nyovest scoring a goal.

It’s been a war over the internet for these two, but seeing that they were both present at the match and they went as far as being friendly suggests that the difference of over three years has finally come to end.

A lot of fans, especially Cassper and AKA’s fans were surprised to see that they’ve probably been played all along and these two were never even enemies in the first place.

Cassper Nyovest and AKA at the Celebrity Soccer Games. pic.twitter.com/pJxOfsLt9C

AKA kicking ball with Cassper Nyovest at the Celebrity Soccer Games. pic.twitter.com/EKbXJkKk6l

and they’ll continue fooling us